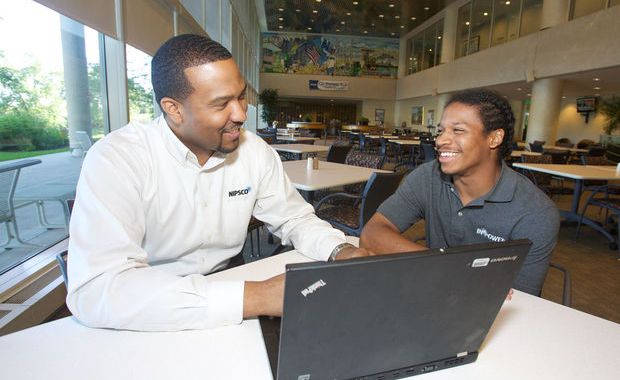 5 Healthy Ways to Integrate Technology Into Your Mentoring Relationship

If you’ve watched a child for an extended period of time, then chances are you’ve had to fork over your smartphone or tablet to keep him or her busy. It’s okay, we’ve all done it at some point. According to a Common Sense Media study, children ages 5-8 spend nearly two and half hours each day with their eyes glued to TV, tablet, computer, or smartphone screens. So spending two and a half hours each day isn’t that crazy, but that time increases exponentially as children get older. The question then becomes: Is this necessarily a bad thing and how does it impact a mentor’s relationship with his Little?

Some studies say yes. You absolutely need to be computer literate to survive in today’s world where nearly every aspect of everyday life has gone digital. There are also healthy ways to utilize technology to strengthen relationships, however, because some technological habits can be much more detrimental than others, the answer to whether or not it is bad really depends on how a child is utilizing technology.

Although you cannot limit your mentees’ screen times, (nor should that be your role!) there are still plenty of ways you can integrate technology into your quality time together that will benefit his development rather than deter it. Here are five activites that will stimulate the minds of both you and your mentee.

The Freedom Trail Walking Tour is an interactive app that introduces you to Boston’s famous Freedom Trail. This app makes it fun to learn about Colonial Revolutionary Boston. You get maps, pictures, descriptions and YouTube videos of all 17 historical stops on the trail.

2. Stargaze at the Gilliland Observatory (at the Museum of Science)

Every Friday night, the Museum of Science opens its observatory up to the public in a display called “Astronomy After Hours.”  On clear nights, you can view stars, planets, the Moon, and other astronomical phenomena.  The best part of all – it is completely free!

3. Shoot a Short Film With Your Phone

Documenting fun-filled outings with your mentee is easier than it’s ever been thanks to breakthroughs in technology shrinking the gap between professional cameras and smartphones. Apps like iMovie and Cinefy allow you to shoot, edit, and upload high quality films while on the go. Check out the short film below that was shot and edited entirely on an iPhone 6 Plus.

4. Build a Projector for Your Phone

Bypass the sticky floors, stale popcorn, and costly movie tickets by building your very own movie projector. Follow these simple instructions and you’ll have the perfect setup to share the short film you just shot with all of your pals without having to crowd around a small screen.

5. Turn Your Phone Into a 3D Hologram

Okay, this might be the coolest thing that you’ve most likely never done with your phone… Take your Little into the future with this awesome do-it-yourself project.

Not only will these activities benefit your Little, but they will also open their minds to viewing technology as a valubale tool to explore the world around them. Playing a video game is fun, but going outside is even better!