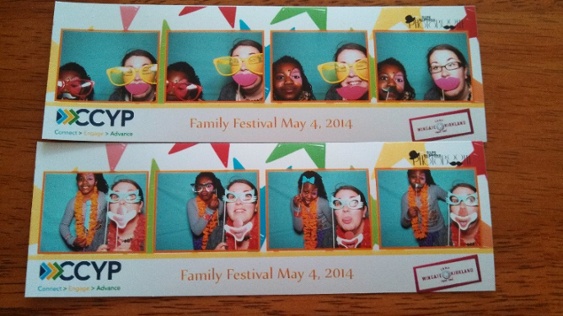 Sometimes Bigs join our program because they never had a sibling growing up. Sometimes they join the program because they were the youngest in the family. Sometimes, they have younger siblings and just can’t get enough! Big Sister Melissa Ellis from Cape Cod & The Islands talks about the unique relationship siblinghood creates and why a genetic big sister, didn’t stop her from wanting to share that relationship with another.

I was always grateful I had an older sister. It was nice to have someone to play with all the time and never be alone. My sister was and will forever be my role model. I remember when we used to play Barbie’s together. I was always jealous of how she created her amazing Barbie houses. Why couldn’t my Barbie house look like that? That was just the beginning. Everything she had was something I wanted. As I got older my jealously slowly transitioned to admiration. I realized that we weren’t in a competition. We both brought different qualities to the table which is what makes us unique.

Although I had a sister who I looked up to, it was only after babysitting as a teenager that I realized I was missing something. I never had the chance to be a role model. I never had a younger sibling looking up to me, copying my Barbie house.

A few years ago my older sister joined Big Brothers Big Sisters. “Why do you need another little sister when you already have one?” I asked her on many occasions. “You just don’t get it” she remarked. She was right, I didn’t get it. So I signed up. When I first got matched, it was her turn to ask the questions. “Why do you need another sister when you already have one?” My response was easy, “Because I never had a little sister like you did. I want to be the role model for a change.”

Going into Big Brothers Big Sisters I was very excited but also nervous. I had the same worries that everyone else has. What if she doesn’t like me? What are we going to do? These worries quickly drifted away once I met Rheanna. She was extremely friendly, polite, funny, and talented beyond her years. It didn’t take long before I realized she wasn’t the only one who would be learning something new. Our identical desire for arts and crafts made us a great match right from the start. She taught me how to make these amazing paper origami lanterns. She also had me in awe as she quickly went to work to create a loom bracelet.

As our relationship grew, I realized it wasn’t just about what I was teaching her, it was also about what she was teaching me. We both are learning new things and most importantly, we both have fun! Whether it’s playing on the swings, going to an arcade, getting ice cream, or painting, I get a chance to re-live my childhood and be a kid again. When I look at Rheanna, I see a future art teacher. It’s great to help give her confidence and experience to continue to pursue her passion.

Regardless, of whether you have siblings, becoming a ‘Big’ allows you to create a bond that is truly special. It’s not just about being a role model. It’s about being a ‘Little’ again while teaching and learning together as sisters do.