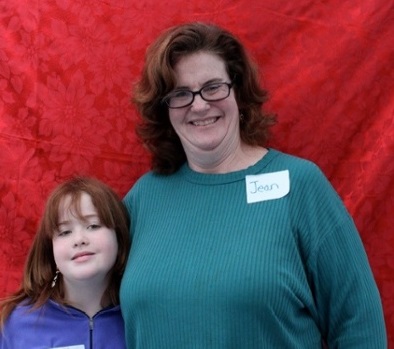 A Mom’s Perspective: Getting a Big Sister for My Daughter

Eight years ago, Jean signed her daughter up to get a Big Sister. Having her older son in the program, she knew this would be beneficial for her daughter as well. For some mothers of daughters, there may be hesitancy because they believe that their daughters already have a positive female role model in their lives. However, Jean knew that this person would be complementing what she as a mother was already doing. Her daughter’s Big Sister would be an additional support that could help her navigate what can be a challenging road for young girls. Jean’s daughter, Erin, was matched when she was eight-years-old with her Big Sister Desiree. This July, they will be celebrating their eight years of friendship through the BBBSMB program. Congrats Erin and Desiree!

Initially why did you sign up your daughter to get a Big Sister?

“I signed my daughter up because her older brother had signed up for the program 2 years prior. Erin saw first-hand how much her brother enjoyed it and all the fun outings and events they were going to together and said ‘I want to get a big sister!’. Being in the program for 2 years already, she was open to the idea because she was having a really good experience with her oldest son.

What are some outings Erin and Desiree have done together in their 8 years of friendship?

“They’ve gone bike riding, gone to the circus, and are currently working on learning how to cook. They recently did a paint night, which Erin really enjoyed. It made her feel like a grown up. One of their favorite activities is working on arts and crafts and creating different projects together. They are always trying out new activities they haven’t done before.”

What are some changes you’ve seen in your daughter since she has been matched?

“Desiree has really helped with her self-esteem. She was very shy at the beginning and has gotten more outgoing. Erin is also more open to trying different things, which is a big change from when she was younger. She has also increased her love for animals and how to treat them as pets. Her Big Sister has a rabbit, guinea pig, and a dog.”

What advice would you give other moms who may be hesitant to provide another female role model to their daughters?

“Being an older mom—I had my daughter when I was 38—it’s nice that Erin has a younger woman to relate to and discuss issues with. I feel the stress put on our children today is a lot greater than what we had and I think the more positive people around for my child to talk to, the better.” On the importance of Match Support’s role:

“Working with match support has been great. My match support advocate is very communicative, open, and supportive of questions that have come up. We have continuous check-ins, even if it’s been years of being matched, which as a parent makes me very comfortable”

Jean currently has all of her three children in the program. Her oldest son has been matched for 9 years, Erin for 8 years, and her youngest for 4 years. The program has provided so much to her as a mom and to her children’s positive youth development. Jean knows without a doubt this was the best decision for her children.

Additionally, along with having her children in the program, Jean is an advocate for BBBSMB through her job (she is a secretary at the Columbus school in Medford) and connects with parents & teachers to refer kids to the site based program in partnership with Tufts University & the Columbus school.