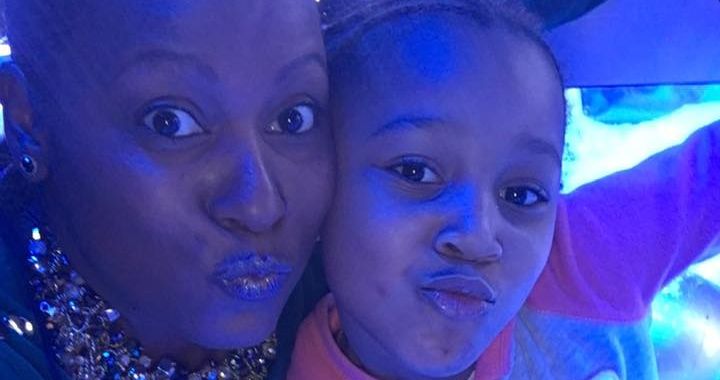 Real Life Mentoring Stories: Above and Beyond, from Mother to Big Sister

For many parents, the positive impact of their child’s Big on their child leaves a strong impression on them. For mother Rosa, seeing how much her son Jonathan grew from his match with his Big Brother Florian inspired her to pay it forward and become a Big Sister herself.

Why did you decide to sign your son up for Big Brothers Big Sisters?

As a single parent with a lack of father involvement, I wanted Jonathan to have a male role model in his life. He was growing older and asking questions about boy stuff that I felt like I couldn’t answer. He was also becoming more interested in male-focused activities, such as going to the batting cages, and I didn’t realize how extensive it was. Finally, in school, his self-esteem was going down. He’s a goofy kid who likes to make his classmates laugh, but he was starting to get in trouble for it. I wanted to find someone who he could relate to better and a positive male figure. I got him involved when he was almost 10 years old. How did you feel about welcoming a Big Brother into your family?

I heard a lot of great things about the program, so I was very interested in it. I was nervous at first, because I had to speak to his father to get approval and he can be close-minded at times.

The Latino culture has a big impact on a Big Brothers Big Sisters match. As a Latina, I often struggle in the co-parenting task with Jonathan’s father. He is accustomed to the traditions in the Dominican Republic. You have to work and provide for your children. Investing in a child’s positive development around self-esteem and initiating conversations with a child about their feelings, wants and needs is out of the question. It’s this kind of mental setback that is instilled in our Latino males that makes them reject the opportunity for their children to receive support from a mentoring program like Big Brothers Big Sisters. Oftentimes we might think that is not safe for a male volunteer to be out with our children alone with all the sad things happening around the world. I do feel that in my culture some don’t really grasp the concept and the impact a positive mentoring friendship can add to the life of any child.

In my case with Florian, the [enrollment specialist] gave a lot of background on the Big, and that comforted me. By the time of the first match meeting, I was very excited to meet Jonathan’s Big Brother.

Jonathan and Florian have been matched since May 2016.

What tips do you have for other families who have just joined the program and are getting to know their Big Brothers?

Now that I am a Big Sister, I can see both sides. When it was just my son involved in the program, I went by Match Support’s lead. But now, I know that communication between the parent and the Big is just as important as the relationship between the Big and the Little. This person will be making a big impact in your child’s life, so it is important that you are involved in coordinating meetings and hangouts with your child’s Big.

How has Jonathan and Florian’s relationship changed from the initial time of their match to now? More importantly, how has your relationship with Florian changed?

Jonathan and Florian’s relationship has changed a lot! Jonathan was very quiet at first. It takes a while for him to warm up. Now they are very close. They have a special handshake, and they text in-between outings to stay in touch. Jonathan sometimes asks me when he’s going to see Florian next. It took a while for him to get matched, but they have a great connection because they have similar personalities and interests. They are more like friends now—recently Jonathan has stopped calling Florian his Big Brother from the program and started calling him his friend.

They have been on a lot of outings so far. They’ve been to the Basketball Hall of Fame, have gone to Celtics games, the batting cage, and the YMCA. They also eat ice cream together, play video games, and bake cookies. One really impactful outing was when Jonathan helped Florian make care packages and distribute them to the homeless, which was an eye-opening experience for him. The relationship between Florian and I has grown. We are both very mindful of each other’s time. We are able to communicate in a friendly manner vs. “straight to business” types of conversation. After a couple of months into the match, I felt comfortable sharing with Florian some challenges Jonathan was having in school, and he gave me his feedback, which I truly appreciated. He will often give me tips on how to better [manage] challenging boys’ behaviors from his perspective being a male. I feel like the mentor relationship has grown, and together we make a great team to support my son in being the best child/youth and adult he is destined to be.

What motivated you to go above and beyond and become a Big Sister? Rosa’s Little Sister’s name is Aniyah, and they have been matched since December 2016.

What was it like meeting your Little and her family for the first time? Are there any special experiences in your relationship that have empowered you and your Little Sister?

I was really nervous, but overall it was great. I did feel comfortable because I have worked with kids before. Aniyah was super excited to meet me and asked me a million questions, which made it a lot easier to get to know each other better!

In May 2017, I graduated from Suffolk University with a Masters of Public Administration. I invited my Little Sister, coordinated with her mom, and my family was able to pick her up to attend my graduation ceremony. It was a very emotional experience for me. I am the first in my family to get a Masters, but [the experience] was even more meaningful because my Little Sister was there. The look she gave me walking across the stage and after during the photo shoot was a look of admiration. I know that her being there created an impact that will reflect later in life as she grows up. The overall experience of her being there was priceless and extremely rewarding.

My Little will often say that she doesn’t like her hair. I give her cute compliments and joke about wanting her hair. The message I would love to pass to my Little Sister to empower her and any young girl is: you are already beautiful, and the power you possess will reveal itself over your lifetime. It’s enough to know that you have power and that it will continue to grow and expand as you allow it. The good news is that realizing you’re beautiful just as you are right now is the first step to harnessing the power within you and accomplishing more in life.

Have your own experiences as a Big changed the way you view our program?

Yes, a lot. I value it more. I have seen how Littles are exposed to new things and experiences outside the home and how it has positively impacted them. It’s a two-way experience: I have learned a lot from my Little, and she has learned a lot from me. For one of our outings, we went ice skating at Enchanted Village, and Aniyah was very thoughtful about spending money during the outing. With Florian, I work with him to split costs for outings. Money lessons are important and valuable in both my match and my son’s match. Why do you think having a mentor is so important for young boys and girls?

I believe that we all need a mentor. It brings out the best in you. A mentor can provide moral support, expose you to new things, and help you reach your full potential. It is like polishing a gem until it glitters.

What would you say to parents questioning whether or not they should enroll their children in our program?

I highly recommend it. Like any relationship, it takes time to develop, but it is worth it. You should always give it a try.

What would you say to potential volunteers questioning whether or not they should become a Big?

I am honored to be able to be a Big. You will be matched with someone who comes from a similar background and has a similar personality and interests. It is a chance to showcase what you know and teach a young person things, but also a chance to learn from a young person. You will be sharing new experiences with a child that will positively impact their lives as adults. Become a Big today and you can have a greater impact on the leaders of tomorrow. Could your child benefit from having a Big? Enroll them today!