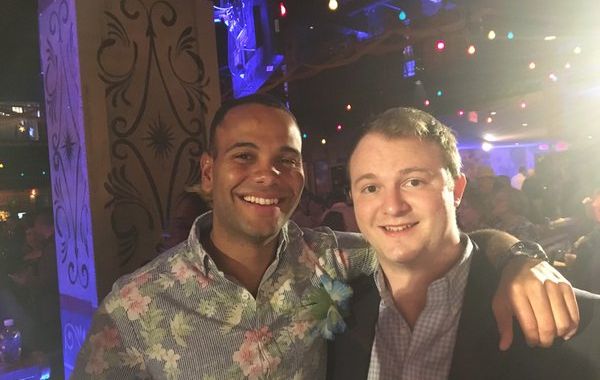 10 Tweets From Bigs & Partners You Need To See

Twitter is not all about Kanye rants and Daniel rocking his white Vans. While we admit that it IS entertaining, the microblogging site is actually a great way to share your thoughts and experiences in a quick, witty way. BBBSMB often interacts with our Bigs and partners on Twitter. It’s fun to see what our matches are doing in real time and get inspired by our partners. To get in on the fun, we wanted to share some must see tweets from our beloved followers!

Played @CodeCombat yesterday with my little. Fun way to expose him to coding, and he loved it #futurecoder CC: @BBBSMB

@BBBSMB @BBBSA Lev getting his picks in. Happy to say @HCrossMBB was chosen for the finals #MarchMadness pic.twitter.com/UugnZpzk1B

Hey @nhlbruins I think I found your next right winger, see him on @nesn in 7 years @bbbsmb @… https://t.co/z2ACxIhqqz

I’ll teach you how to drive one day brother. Let’s wait until your feet reach the peddles though @BBBSMB #ADDALITTLE pic.twitter.com/AF6xVLDMjt

8) One of JLL Boston’s most memorable Big Night moments

Fenway Park with my #1 dude, Alfonzo. (And sorry, @BBBSMB, we snuck down to the field! 😬) pic.twitter.com/WVi5Z92flJ

Thanks to all of our volunteers like @wellmabk who helped raise over $16K at last week’s @NHLBruins game! pic.twitter.com/wypVGfbsHf