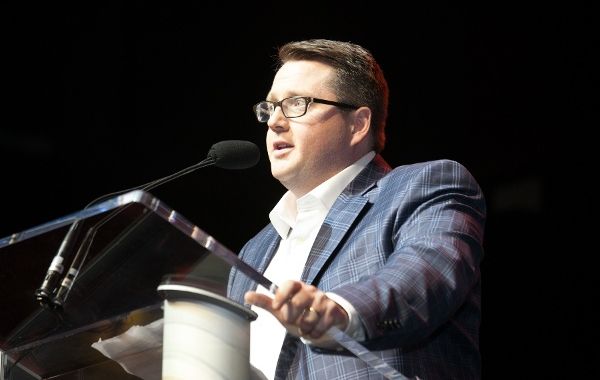 With a New Year, comes a time of reflection. With the holidays in full swing, we thought it would be a great time for us at Being BIG, to relive our favorite and most shared Match stories. Regardless of your connection to BBBSMB, this newly compiled list will surely inspire you. Take a look, read up (or re-live) and prepare to be moved!

1. Defying All Odds: An Unbreakable Match This touching story about Marc and Zach truly captures what it means to be a mentor. Little Brother Zach was forced to overcome some tremendous hurdles early in his life, but his Big Brother Marc was there through thick and thin to help him through those tough times. Marc shared his side of the story in his speech at Big Night 2015. Nubian was 8-years-old when he first met his Big Brother, Nnamdi. Nearly 15 years have passed and not only are they still connected, but they started a company together. Here Nubian shares their story, reflecting on the impact having a Big had on his personal development and how it influenced him to work at Big Brothers Big Sisters of Massachusetts Bay today.

3. Big Brother Nigel Deen’s Inspiring Speech on Add A Little and How It Changed His Life When Nigel Deen was matched with his Little Brother Stevon over a year ago, he never knew he’d not only be gaining a brother, but a friend he would be forever grateful for. Deen shared his experience with BBBSMB at the 2015 BBBSMB Partners Breakfast at the Boston College Club. He described the program as “a very necessary mission” and one that he believes in strongly.

4. Mentoring Real Life Stories: Big Brother Greg Explains Why NOT To Be A Hero Big Brother Greg shares his thoughts and experience of being a Big Brother, and why adding a Little doesn’t require being a hero to make a difference. The games of catch and laughs shared may seem like an average day, but every moment makes an impact for a Little.

5. Mentoring Real Life Stories: You Don’t Have To Be The Perfect Mentor Not every mentoring relationship is perfect. After being matched for over a year, Paul and Quincy were separated and unable to reach one another. Not until a year later, Terry McCarron, the Director of Program Services at BBBSMB, noticed this and helped pave the way for these two to reconnect. Since then, Paul has been a major role model for Quincy and he shares his thoughts and experiences from being a Big.