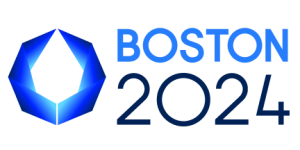 Boston Olympics 2024: 3 Things We Should Have Thought About

6 months ago, the Olympics in Boston was a phrase that met with much criticism. As we all know, this idea was axed last July by Boston’s Mayor Marty Walsh.

So why are we talking about this now, you may ask?

Well, Steve Pagliuca, Celtics co-owner and former Boston Olympic committee chairman, recently spoke about his disappointment with the bid’s demise and what he thinks went so wrong. He believes the demise was due to Mother Nature striking at an inopportune time and the robust online opposition from the public. With the largest snowstorm in the history of Boston crumbling the MBTA in 2015, it was easy for the public to question how the city could possibly host one of the biggest events in the world.

Despite the critisism, this update really got us thinking about the possibilities the Olympics could have brought to the kids in our community.

The Boston 2024 bid painted a very bright future for ways to improve the city as a whole. Most specifically, it included key improvements to the underprivileged neighborhoods throughout the city. From a BBBSMB perspective, the Columbia Point, Roxbury, and Dorchester communities have some of the highest waiting lists for mentors in Greater Boston area.

Maybe we’re playing devil’s advocate here, but we broke down some of the key improvements this bid could have brought the BBBSMB community. So you decide. Would the ‘bad traffic for a few weeks’ have been worth developing some of our higher need communities in Greater Boston?

Here are 3 Key Improvements of the Olympic Bid and How it Could Have Impacted our Children:

Development of these underprivileged communities

The potential of the Olympics brought many ideas to improve Boston’s underprivileged communities not just for the time of the Olympics, but for the long-term well past 2024. Some of the biggest developments that were going to be made were 8,000 units of housing in Columbia Point, new neighborhood amenities, improvements to the MBTA, and improving the overall infrastructure in the aforementioned areas.

These ideas have all been spoken about for years now, but never were able to come to fruition. The Olympics finally brought hope that they would be built to improve the communities, but we are now stuck in purgatory again wondering if they will ever happen.

Improving violence and other societal issues around the neighborhoods
Even deeper than the physical developments, Boston 2024 would have helped improve the overall community and societal issues they currently face. In many neighborhoods in Roxbury and Dorchester, children can’t even leave their homes due to the fear of violence. According to the Boston Police Department, these neighborhoods have been two of the most crime-stricken areas in 2016 with arrests for crimes ranging from assault, to robbery, to homicide.

The improvements to these neighborhoods Boston 2024 would have provided could have really helped with declining these crime rates, thus making the area safer for families, and ultimately adding a renewed sense of hope and pride for the people living in the community.

Shortening BBBSMB’s wait list in these communities
Improving the infrastructure and public transportation not only would affect the communities we serve, but also our ability to simply provide these areas with mentors.

Dorchester has one of our longest wait lists for Big Brothers, and one of the major reasons is due to traveling issues in the area. With little MBTA access for the Bigs, we are unable to fully provide as many mentors as we would like for this community in need. Obviously, Boston 2024 is now behind us and Mayor Marty Walsh wasn’t necessarily wrong in his decision to listen to the public. However, it has left our city with many lingering questions. What will happen to the underprivileged communities without this sort of backing?

Just because the Olympics are out of the question, doesn’t mean we can’t still push for these improvements. We must use the momentum of Boston 2024 and focus on transformational city planning to rejuvenate our neighboring communities that need help.