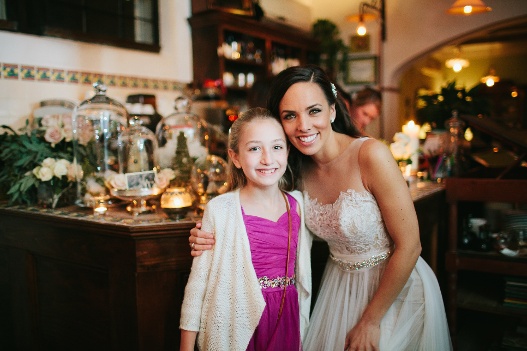 Making a Difference on the Cape: Gabrielle & Emma

by BBBSMB Posted January 29, 2016
Gabrielle knew she wanted to give back to her community, but as a college student with little money or influence she knew that the one thing she had to give was time and effort. Fortunately, that’s all she needed to become an awesome Big Sister to Emma. Like many of our Bigs, Gabrielle would soon realize that mentoring is a two-way street and her Little Sister would be helping her learn more about herself. She also shares why she believes mentoring is important on Cape Cod & the Islands where there are traditionally tight-knit communities. Enjoy!

Let’s start from the beginning. When and how did you first get involved with Big Brothers Big Sisters?

I first became interested in seeking out an opportunity to volunteer in some capacity when I was in college. That’s when I was really starting to learn through my history courses and different classes I took about things that were bigger than myself and it was at that point that I really decided that I wanted to get involved in something. One of my professors had handed out a list of different local organizations and I saw Big Brothers Big Sisters on the list, so I reached out and I thought that it would be perfect for me because I didn’t have a lot of money or influence, but I had time and that was one thing that I could offer somebody. I thought Big Brothers Big Sisters would be the perfect way to get involved and do something that wasn’t just about me and give back to someone else.

Describe the first time you met your Little Sister?

It was at our first visit when I went to Emma’s house and I was nervous at the time because I hadn’t really spent much one-on-one time with any children, so I was worried that I would be awkward or wouldn’t really know how to step into that role, but after meeting Emma I was really comfortable. We had a lot in common. The enrollment staff did a really great job matching us, because we shared a lot of interests. She likes creative activities and so do I—we could relate in what we like to do—so that’s what we focused on at first in terms of activities that we could do together. After doing those things together you get to know somebody and we learned to be really comfortable with each other, but I was definitely nervous at first because I wasn’t sure that I’d be able to fill the shoes of a role model, but I think it was more important to fill the role of being a friend before anything.

Well, I think we’ve definitely grown really comfortable and close with one another. She was in elementary school when we met and now she’s in middle school, so her interests have evolved, but I think we’ve been able to grow together and that’s something that I’m really proud of and I want her to know moving forward, as she continues to change, that our relationship can evolve and we won’t be stuck in one dynamic. We’ll grow together. On relationship now… We’re friends first and the things we do together might seem simple or mundane. She’ll come with me to run errands or we’ll bake cookies together and just enjoy spending quality time together. I’d say I look forward to hanging out with her probably just as much as, if not more than, she looks forward to hanging out with me. I really think of her as my little buddy. She’s a good friend and we really have fun together.

Has being a Big Sister taught you anything? About yourself? About others?

I think being a Big Sister keeps me aware of things that I want to work on with myself. For instance, if I’m with my Little Sister I don’t want to be self-conscience in any way or worry about trivial things because I don’t want her to do that and that’s not something that I want from myself. I think I just try to put my best foot forward when I’m with her and I think that makes me a better person in general, because I want to be the kind of person that she can look up to, whether I’m with her or not. I want to be a role model for her.

Why is mentoring important on the Cape where there are traditionally tight knit communities?

Well, that was something that I was curious about, because Emma does come from a tightknit family and she has really good relationships in her family, good role models, but I think having somebody that’s available in a special kind of relationship, just one on one, is irreplaceable. You can’t undervalue that in any community that you’re in. I look back to when I was young and I had great parents and a great family, but sometimes it might’ve been nice to talk to someone else and share things that maybe I was embarrassed about or didn’t feel like I could be open about. I think that’s important no matter where you come from.

Do you have a favorite experience or memory with Emma?

My favorite experiences with her come from the things that have become little traditions for us. For example, for our first outing we went to a local pottery painting place, so now we go there every anniversary and make something new and it’s pretty cool because we can look back on what we made the first time we went there and we’re adding to our collection as the years go by, so that’s really fun. Also, whenever we go out there’s this little general store that we’ll stop by and we’ll get these special truffles that they make. It’s just the simple little things that we have a tradition of doing that I really enjoy and I think we get a lot of great memories from those experiences. Is there a specific memory you have where you realized you were making an impact in Emma’s life?

I wouldn’t say that there’s any one moment that I can pinpoint. Like any good relationship it comes from the sum of experiences that we share together. I think it’s the little things that really add up. We don’t necessarily do some grand activity every time we hang out, but we still really enjoy spending time together. It’s those little experiences that build that comfort and that relationship and closeness.

Where do you see your relationship with Emma a couple years in the future?  Is there anything you hope to instill?

She’s in middle school and I can remember being in middle school and moving into high school having a lot of questions about relationships and the changes that you go through as an adolescent and I remember feeling really uncomfortable talking about those things with adults and feeling curious, but alone in that. I want to instill in Emma that she can talk to me about anything and I won’t judge her or try to pressure her into thinking how I think or a certain way and that she’s really able to say whatever she feels in front of me or ask me anything or talk about any topic. That’s what’s really important to me and I hope I can convey that to her just by being there and showing up. Is anything else significant I haven’t asked about that you would like to add?

I’d like to add that when I started out I had all of these hopes of making a big difference in someone else’s life and hopefully I am doing that, but Emma has really made a big difference in my life. Just from the amount of joy that I get hanging out with her and keeping in touch with her between outings and I think that’s something that people might not think of initially when considering volunteering. They might think that they’ll feel good because they’re doing something for someone else, but they really bring a lot of value to your life too that you don’t expect at first.

There are currently 77 children on the Big Brothers Big Sisters of Cape Cod & the Islands waitlist and you, your friends, family, and colleagues could make a major impact in the lives of children in your community.